Bucket List: Dawn At The Charles Bridge In Prague

If you are planning to head to Salzburg, no doubt you will have learned in your research that Salzburg is the birthplace of famous classical musician, Wolfgang Amadeus Mozart. It’s home to the Mozarteum and one of the best music schools in the world. They seriously respect and celebrate the man’s work and legacy here, even if his image is a bit overused in all the chocolate balls sold everywhere.

What Is The Mozart Dinner Concert?

The Mozart Dinner Concert is a 2.5 hour long dinner and intimate opera dinner that takes place in the Baroque Hall of St. Peter’s Monastery. The Skiftskulinarium is the oldest restaurant in Europe and is a gorgeous setting, that for a few hours, transports you back in time. Logistically, the program roughly looks like this:

What you effectively get for a general audience is a dinner reminiscent of what was served during Mozart’s time and an up-close taste of lively opera with the singers and musicians dressed in period pieces.

I say a taste of opera because the truth is opera is not for everyone. It’s often done in some archaic variation of Italian, French, or German and even if you speak the language, it’s still very hard to understand. That’s not the point though. The music is beautiful, but a normal opera can take over 3 hours with a short intermission inside. My friends have all taken mini-naps whenever they’ve accompanied me to a show. I don’t blame them, I just give them a nudge, a stern look, and then a smile.

The first is that it is very intimate and up close. If you seated in one of the four front tables (I’ll go more into this and the Exclusive option later), you’re practically within arms reach of the singers at many points during the performance. Even if you are at the back, you are no more than 30 feet or so away from the front. It’s a very cosy venue, in the best way.

The second is that the 20-25 minute sets are just a perfect amount of time to appreciate the music and get a break in between to continue with your meal. It left me wanting more and excited for it to start again. I genuinely think most people attending appreciate this whether they realize it or not.

What To Expect At The Mozart Concert Dinner

It’s better to start with what not to expect? This is not your best of Mozart playlist concert. A couple of the pieces are easily recognizable, but the selections are taken from Mozart’s operas. If you’re a fan, you’ll probably love the choices. To reiterate a previous point, it’s not a normal opera. You are not in a massive concert theatre, you are in an intimate room lit mostly by candlelight. It’s really quite magical.

Let’s talk about the dinner, a 3 course meal with recipes from the 18th century.

Bread and butter is already on the table when you arrive and you can order your drinks at this point, which is not included in the concert dinner fee. They’ve got a selection of beer and wine, with a heavy emphasis on the wine library. The menu is massive, so if you are a wine lover, you’ll find something suitable for every taste I’m sure. It’s not cheap, but there’s a fair range so you’re not priced out of enjoying some vino, even if you’re on a tighter budget.

Beer on the other hand is very affordable. If you’re not a big beer drinker, I suggest going for a Radler, which is a blend of beer and lemonade and is always tasty.

Before the first set, you start with a lemon chicken soup with curd cheese and rosemary dumpling. I found it very light and refreshing and well-seasoned. The aroma of rosemary comes through in the dumpling without being overwhelming.

The main is a breast of roasted capaun (chicken) with a red wine glaze, potato gratin and vegetables. I generally prefer chicken thigh for its fattiness, but the leaner breast was fine with the glaze and the potato gratin was very fluffy on the inside with a bit of crispiness to the outside.

Dessert was a semi-frozen wild honey parfait with a some sort of berry reduction and an apricot reduction. It was really good, with the subtle flavor of the honey in the creaminess of the parfait, but to be honest, I was distracted by what the people over at the Exclusive tables were having.

Turns out it was the famous Salzburg specialty of Salzburger Nockerl, a giant dessert souffle with the biggest meringue I’ve seen. About that Exclusive Table.

Is It Worth Upgrading To The VIP/Exclusive Option?

The rate for the dinner concert as of January 2020 is 69 euros per person. The Exclusive option is priced at 118 euros, so nearly double. Let me break down the difference between the two.

As far as dinner goes, the Exclusive dinner is completely different, beginning with the selection of bread and spread on the table. For the starter, you get smoked duck breast with a field salad and whole wheat bread. The main is a center cut of saddle of veal with vegetables and a tomato risotto. For dessert, you get to try the must-try-when-in-Salzburg-dessert, the Salzburger Nockerl.

From a value perspective, I’ll do some quick math, based on my dining in Salzburg.

The Salzburger Nockerl alone usually runs around 15 euros, though it’s meant to be shared by 2. Any veal dish, that’s not a schnitzel will run you upwards of 25-30 euros at an average restaurant. Smoked duck will be around another 15-20 euros.

The dinner also comes with a welcome glass of champagne that’s probably around 15 euros. If you’re dining on your own, you’ll still get the whole Salzburger Nockerel, as I noted with one of the guests, so a comparable dinner would probably cost about 70-80 euros. More, if you’re dining at the Skiftskulinarium.

The normal concert dinner will probably cost about 30-35 euros. That’s about a 40-45 euro difference there. Roughly.

As for the concert and seating, guests are seated at tables with up to 8 people, depending on how many people attend that evening. For the exclusive, you are are seated privately with 2-3 guests at a table. You are also seated in the first two rows.

Is this a big difference? Personally, I think it’s a worthwhile splurge. If you consider the cost of concert seat tiering  and be able to have an a perfectly unobstructed view of the whole performance, this one is very reasonable, and even more so when you factor in the different dinner menu and the glass of champagne.

If you can afford it, I say go for it.

How Was The Music?

Delightful. I feel like that’s the right word when you attend something like an opera. All the musicians are graduates of the Mozarteum music school. I am not an opera expert by any measure, but I am a classically trained musician and I found the performance to be very good. Coupled with the smaller venue, and you get a very unique and warm sound that can’t be replicated in larger concert halls. I won’t dare to say better, but I’ll say it’s different and for me, much more preferable.

I loved that I could see the expressions on the faces of the musicians and singers as they interacted with each other, something that I often miss even sitting in the Orchestra section of an opera house. I’m not trying to say that this is better. It was just something that was different and much enjoyed.

As for the music selection, I’d be curious to find out why certain pieces were chosen, since I’m not a Mozart buff. I know that Don Giovanni, The Marriage of Figaro and The Magic Flute are all very well-regarded operas. Within them, I can’t say which are the “best” duets or arias, but it was interesting to see that all the pieces from The Magic Flute either had Papageno or Pamina in it. Maybe it’s me, but I never really cared for Tamino, the main character of The Magic Flute – so this was great.

It would have been nice to hear the Queen of the Night’s ‘Vengeance’ aria, but maybe that’s asking for too much. I digress.

I found the whole evening very enjoyable, and partially because it’s a very famous piece, but I was eagerly waiting for the 1st Movement // Allegro from A Little Night Music that came just after dessert.

I usually don’t go to these classical music concert dinners because most of them are generally tourist traps. I sought this one out in particular because of the combination of the historical venue and on the advice of friends who have attended before and said it was much better than they expected of a concert dinner. They were right and now I can fully agree with them. I left that evening with a smile on my face because it exceeded my expectations. Simple as that and in the place where Mozart honed his craft to boot. You can find more information on the Mozart Concert Dinner website. 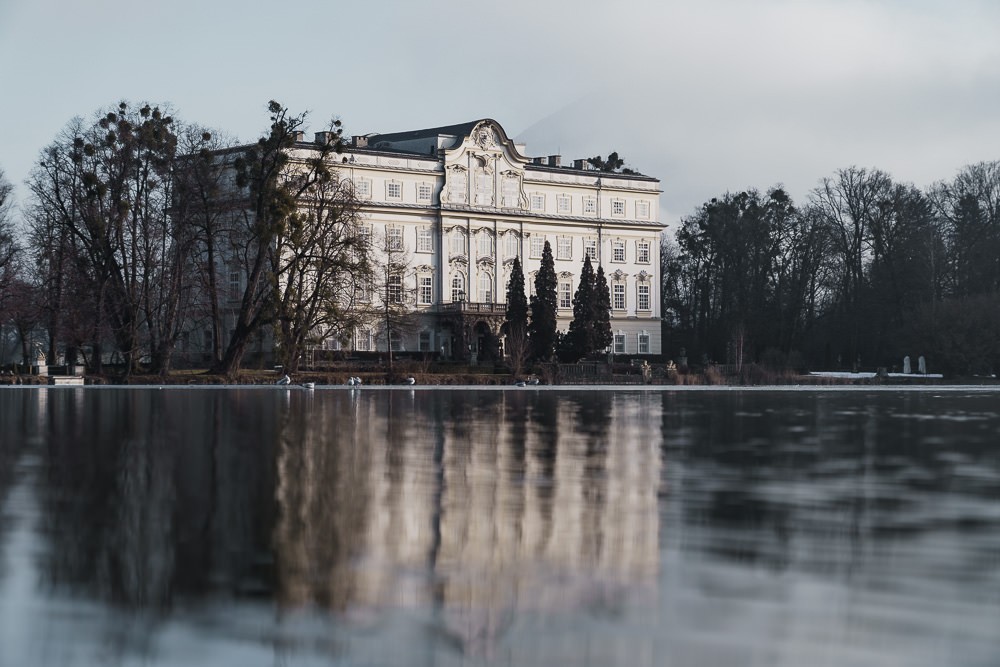 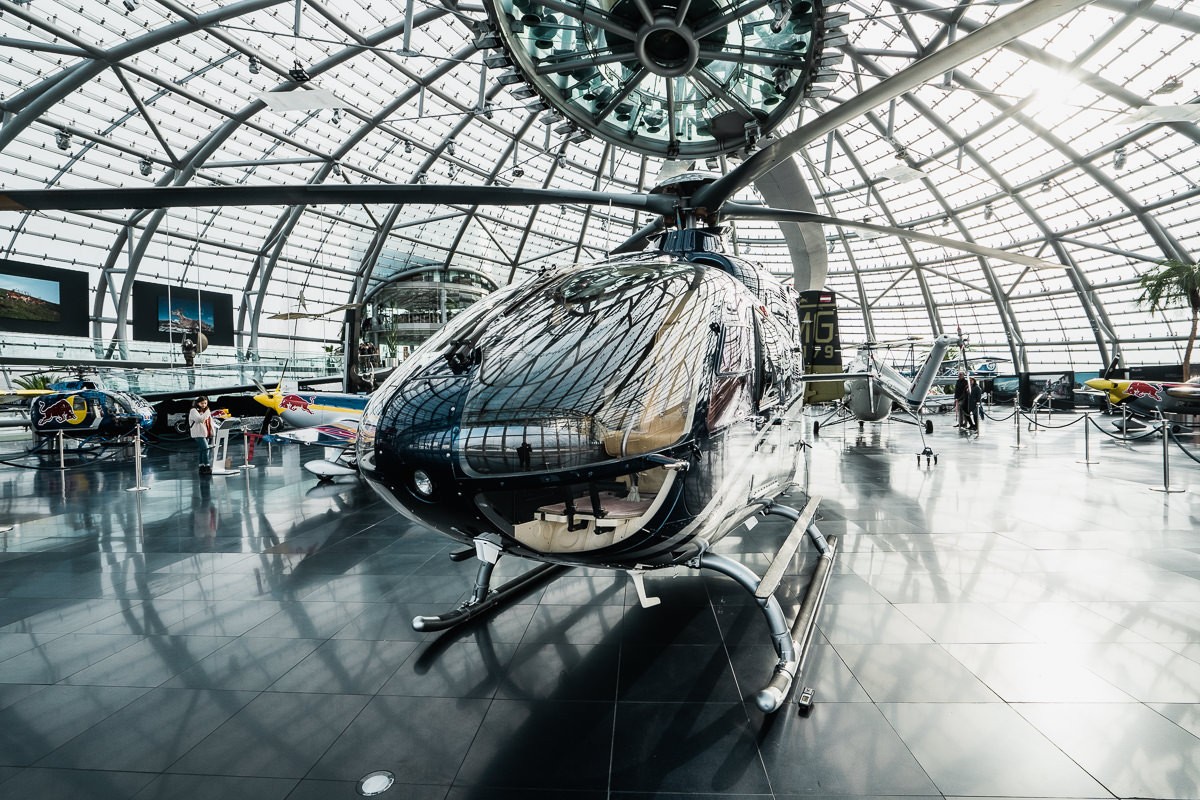