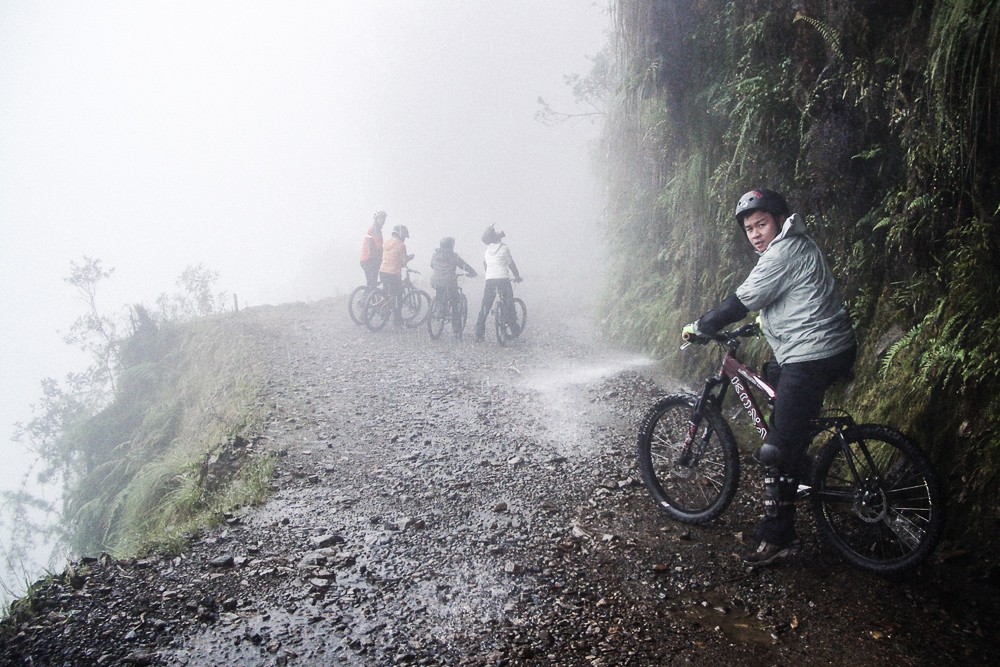 It’s one of the top things to do when you’re in La Paz, Bolivia and for good reason. If you’re looking for the adrenaline rush that comes with mountain biking down something called the “Death Road”, you won’t be disappointed. Often understated is the gorgeous scenery, views and microclimates that you’ll get while deciding how fast or slow to take those sharp turns down this rocky path. 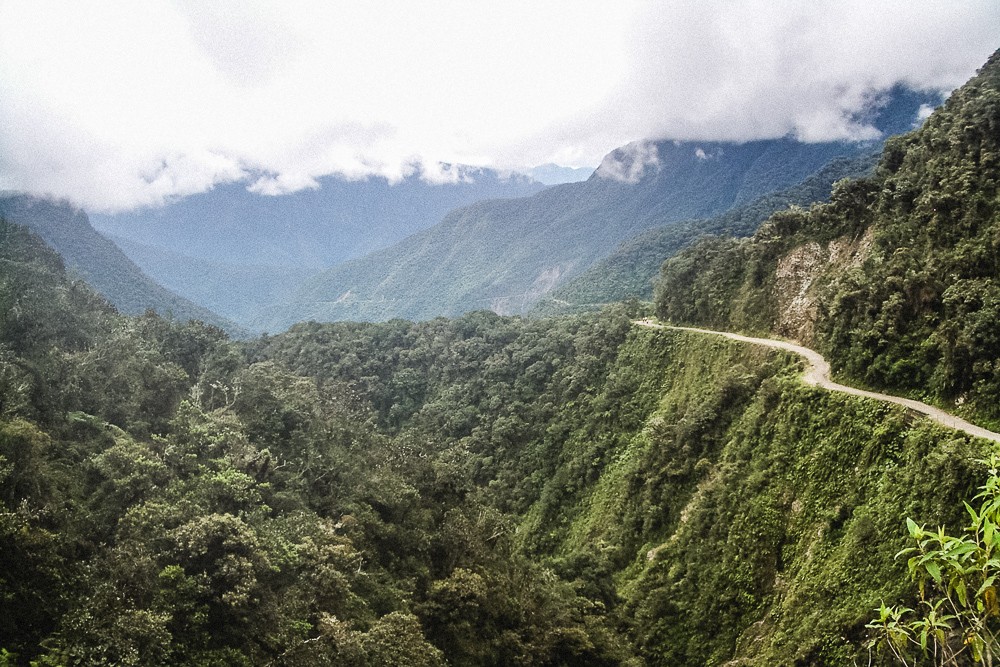 What Did I Get Myself Into?

I was picked up from La Paz at around 6 in the morning, still a little buzzed from those last few drinks I had before going to bed at 3 am. I had to be a bit unsocial in the van to get just a bit more rest before arriving at La Cumbre, a small town sitting 47000m (~15400 ft) up. It’s not uncommon to get some snow here at the start, but we were lucky and only had to deal with pelting rain while we suited up and acquainted ourselves with the over-used mountain bikes. 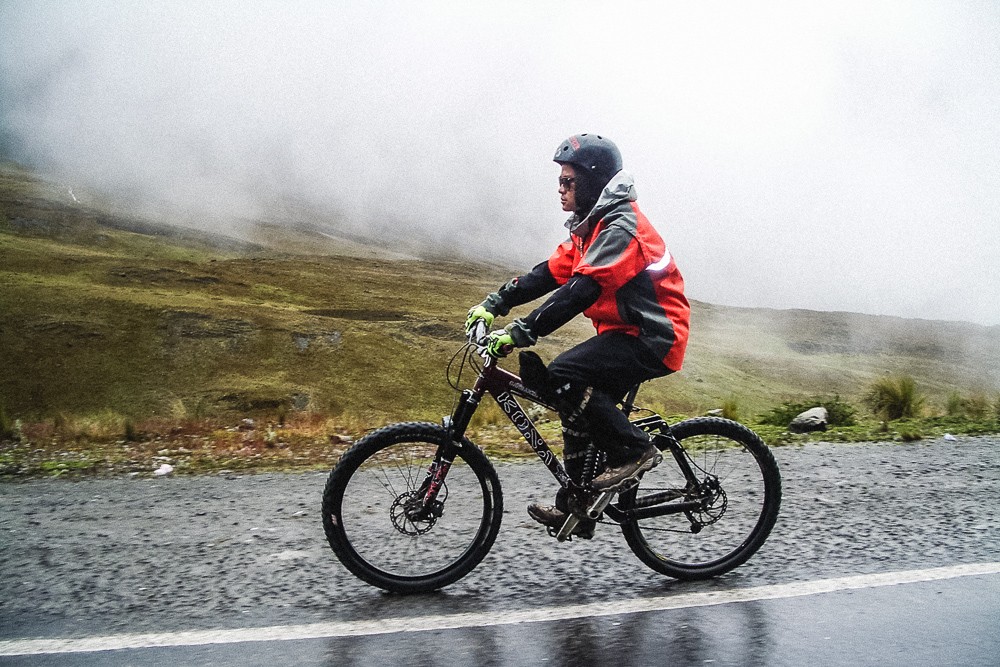 So here was the breakdown from our guide, Antonio. Over the next few hours, we’d be biking 40 miles downhill along the Yungas Road, also known as the “World’s Most Dangerous Road” for its viciously sharp turns and narrow paths that hugged along the cliffs with drops in excess of 1800 feet. Look down. It’s fun. A search on YouTube will show you videos of buses, trucks and cars on the hanging or going off the side of the road. It’s not for the faint of heart. The government had estimated that around 26 vehicles fell off the edge every year killing hundreds of people on crowded buses and other vehicles. An uplifting statistic. 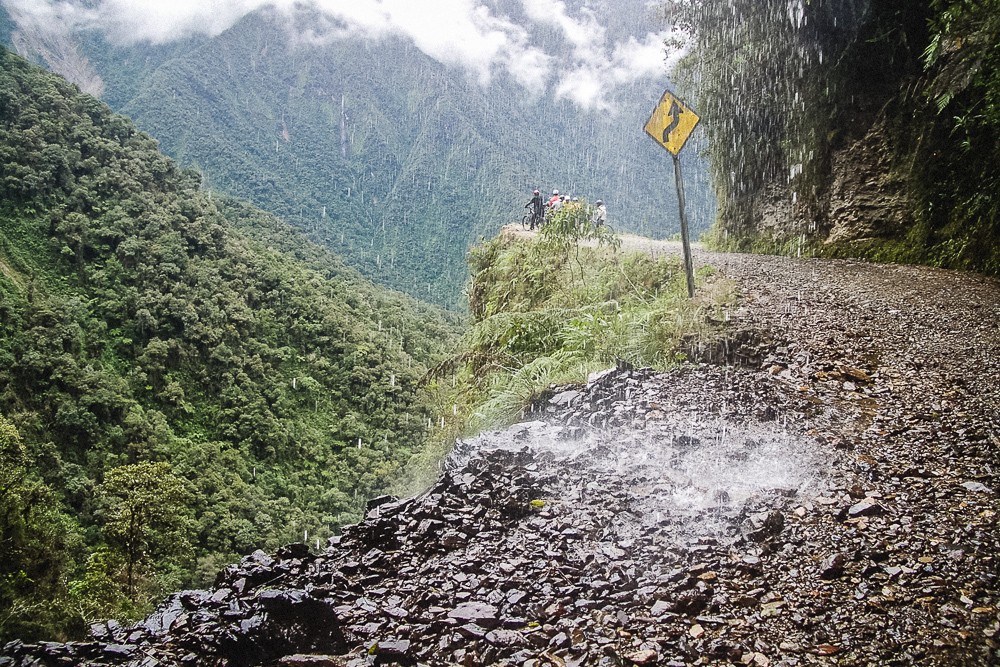 Since a new safer road was constructed in 2006, the “Death Road” is now predominantly used for bike tours offering the adventurous or the stupid a chance to ride down this gorgeous route. Even so, 18 cyclists have died on this ride since 1998. Fun stat to scare and inform us of the real dangers of this little bike ride. That’s enough of the background. 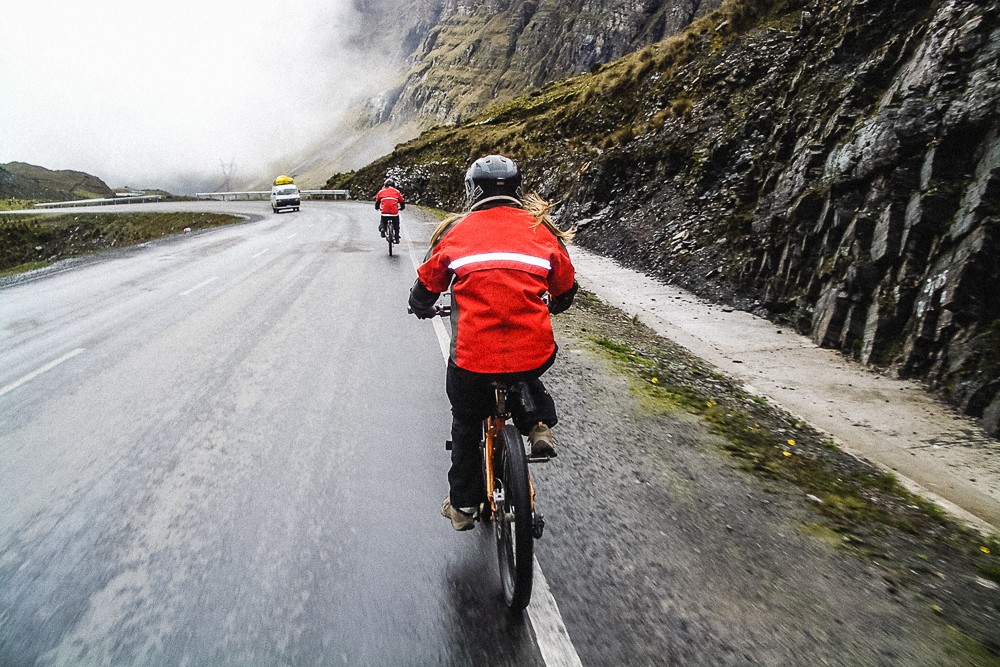 I missed most of this background cum warning during my van nap. That helped. The ride started on perfectly paved roads going gently downhill, which was rather pleasant aside from the heavy rain obstructing my views and almost dislodging the contact from my left eye. I ended up riding that first section with one eye open, like a guy attempting the world recording for holding a wink. I deserved bonus points for the lack of depth perception. At the bottom, we walked our bikes past the entrance, checked in and boarded the van again for the one short uphill section. Everything changed after this. 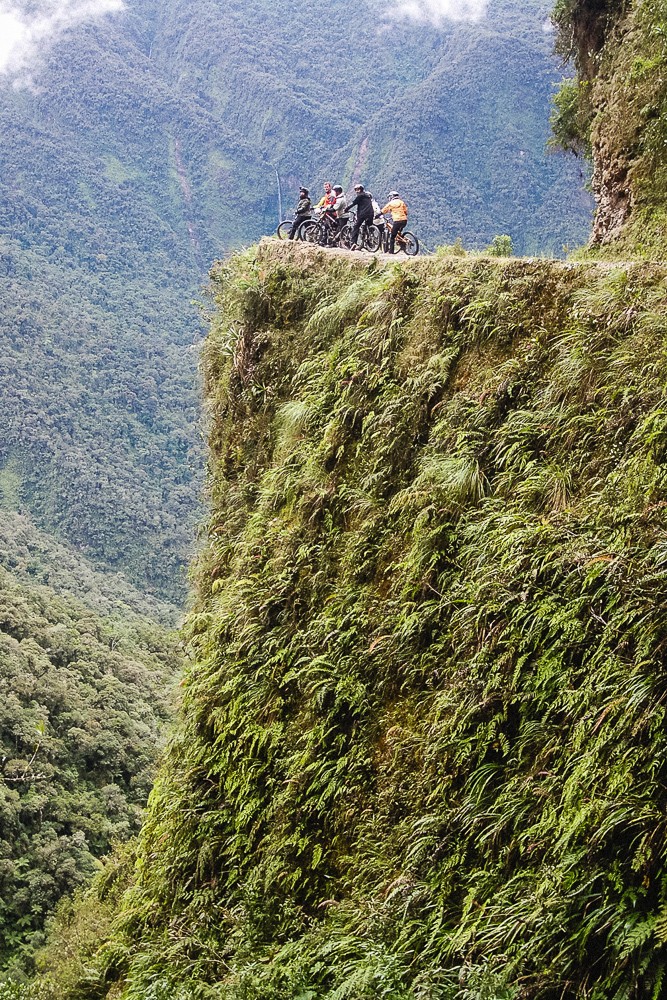 From here, we could now see the valley that has swallowed up countless vehicles. It was stunning vista of fog moving swiftly over and through the valley. The paved road was now a mixture of loose gravel and wet dirt stretching about 15 feet wide. Considering that this was supposed it be a two way road, it wasn’t very wide. It turns out, we’d be crossing even narrower section. Everyone started slow and we took frequent breaks to take in the view. You’d think your focus would be on the road itself and the drop to the left, but it’s impossible to take your eyes away when the tall cliffs flanking your right has small waterfalls coming almost out of nowhere onto your path. 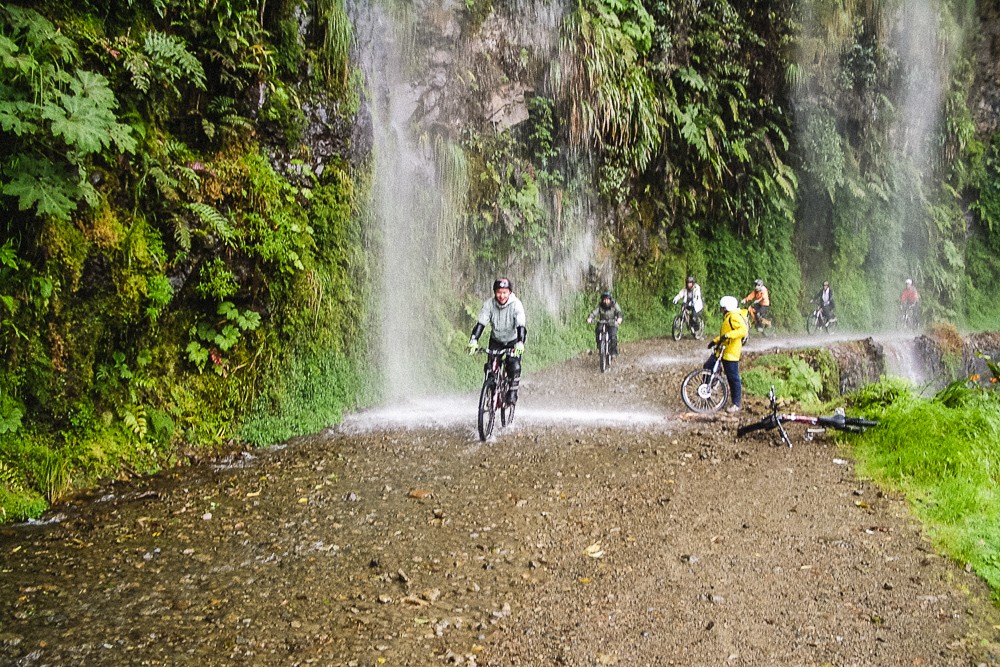 We would continue to stop every couple of miles to group, passing grave memorials and markers along the way laid in memory of those whose journeys were never completed. 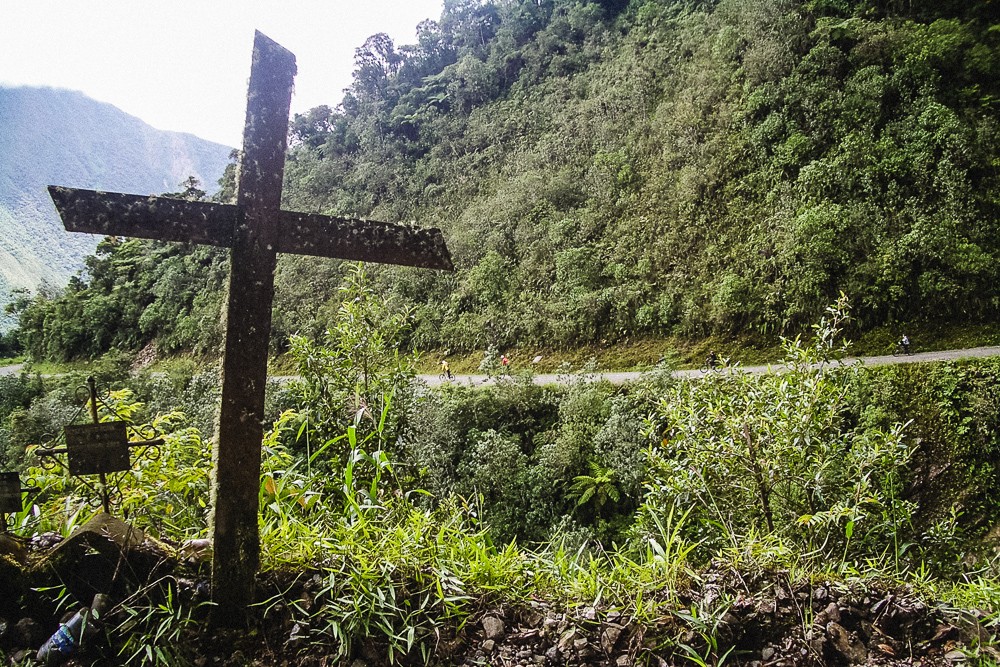 I Want To Go Faster

Before long, the endorphins kicked in and I wanted to go faster even as the road became bumpier and narrower. This went against everything your brain probably wants you to do. It didn’t help that our guide started taking off. I followed as close as it was safe to do, hitting big rocks at high speeds for a bit of vertical lift. Again, I’m not saying it was a smart thing to do, but it was too much fun not to do it. The trail didn’t get any wider and at a couple of places, we even had to stop completely and walk our bikes across where the rain and rockslides had destroyed nearly the entire path. 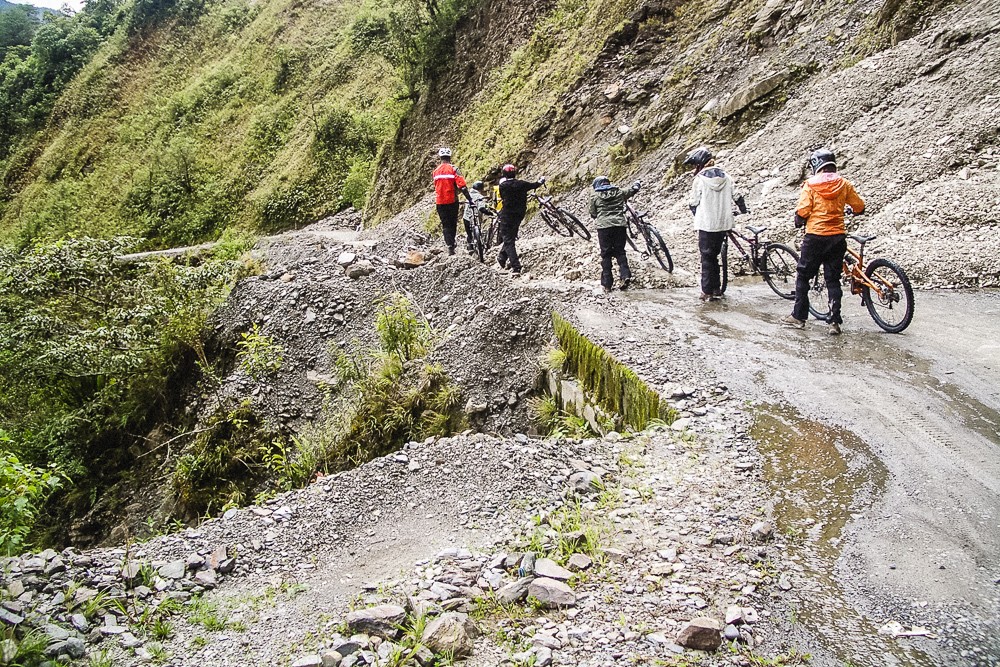 Between the sweat, the splashes from the waterfall and the moisture in the air, I lost track of time and forgot that just a couple of hours earlier, I was shivering and freezing at the top, wondering what I had gotten myself into. The ride continued to drop eventually taking you 3600m (11,800 ft) lower than where you began and through multiple microclimates with the only constant being the massive drops just a few feet to your left. 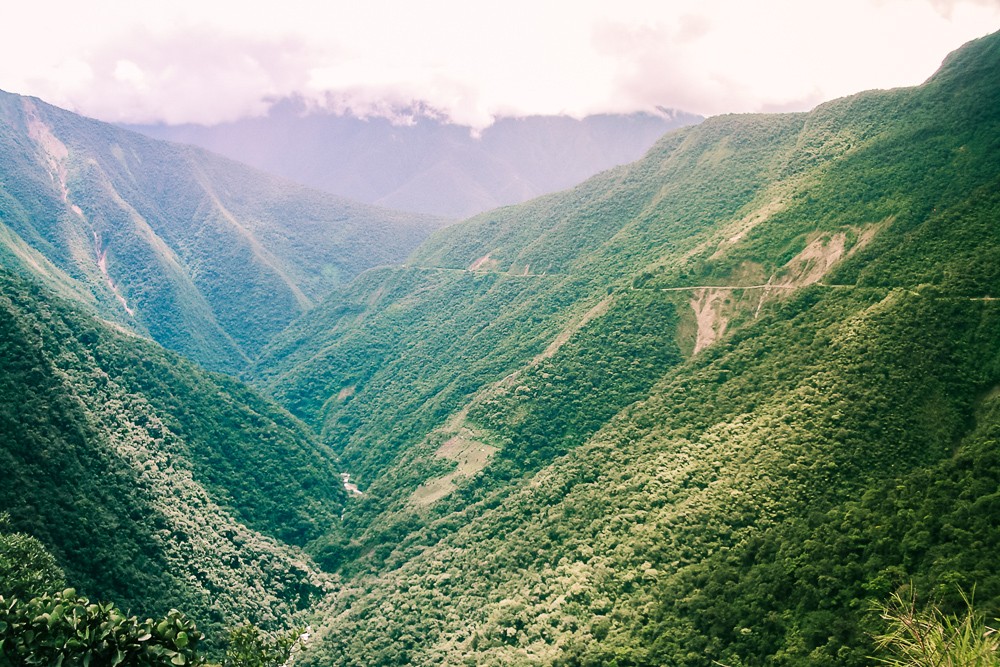 With the last few miles to go, I was already feeling a little sad that it would be ending soon. In all my travels, I had never experienced and enjoyed a more beautiful and equally treacherous road. By the time we reached the bottom, we had already removed most of our gear, adrenaline providing more protection than the jacket that we had completely sweated through. The promised beer was waiting in the van. We had avoided adding to the statistics and a cold cerveza was the only certificate of completion we needed. 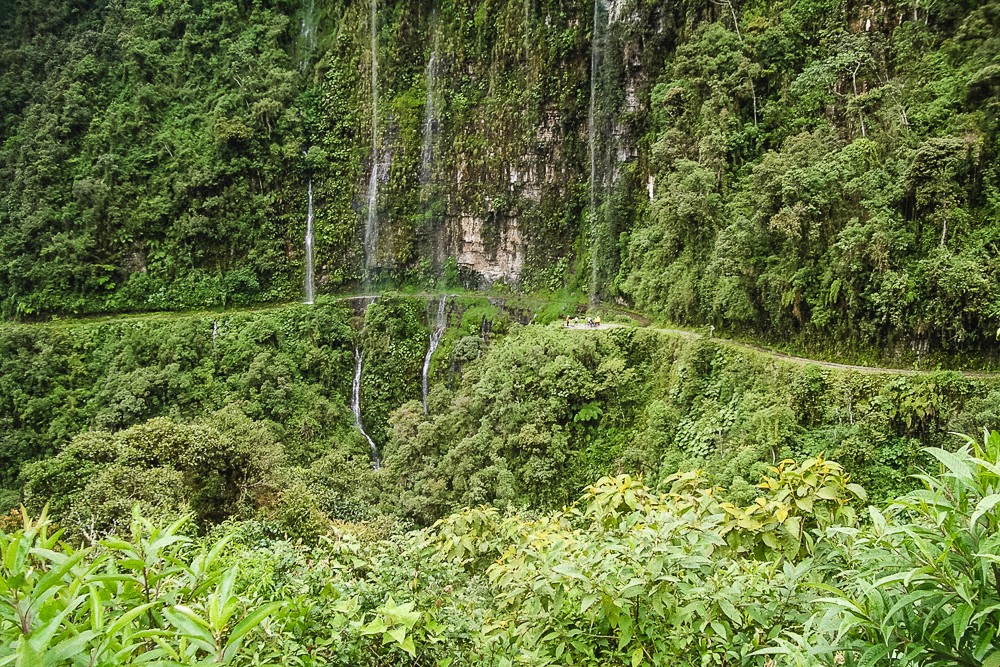 Kudos to one of our guides for riding behind, alongside and ahead to get some of these great photos.

As with all activities with a built-in risk, it’s important to go with a reputable company. There are many operators offering these tours, but the difference between saving a few bucks might mean older or less well-maintained safety and biking equipment.

Gravity Assisted Mountain Biking and Vertigo Biking Company are two well-known operators in La Paz. In my case, I actually don’t remember who I went with or if it was even with one of these operators. 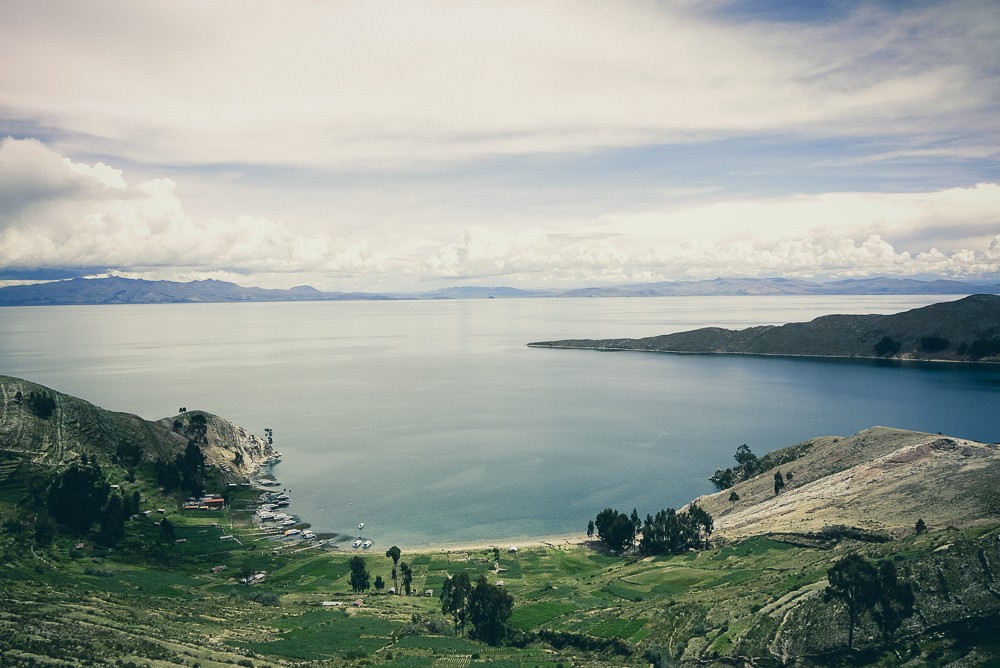 Bucket List: Lake Titicaca And Who Came Up With That Name? 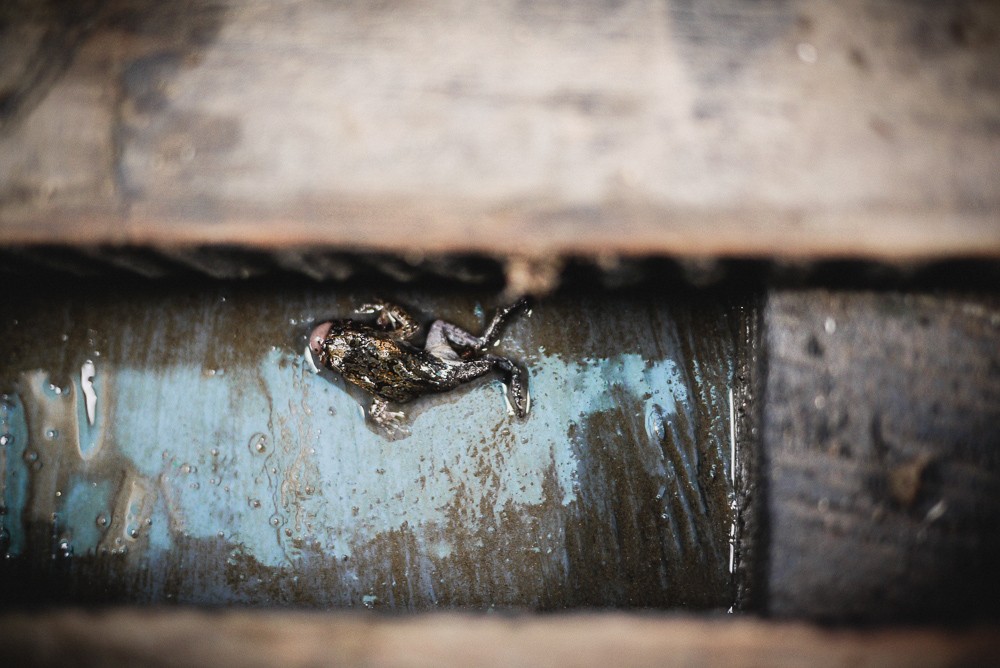 Bucket List: That Time I Fell Into The Amazon River While Peeing 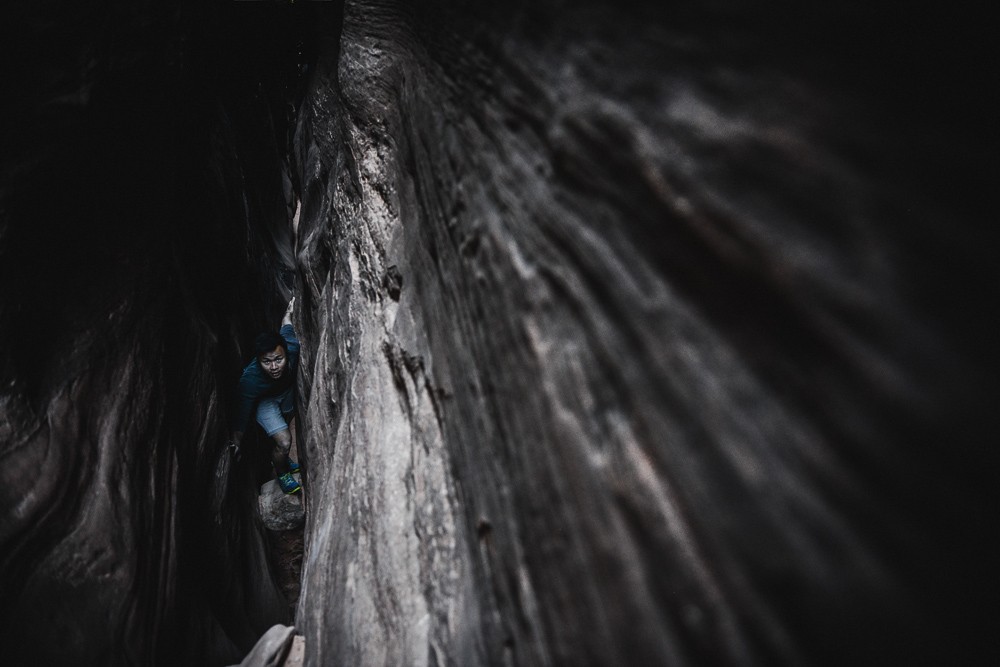 127 Seconds: That Time I Didn’t Get Stuck In A Slot Canyon

The Floating Islands Of Puno: “Don’t All Islands Float?”