You’re hitchhiking and need to get to Tajikistan from somewhere in the middle of Kyrgyzstan. No car has stopped in the last 3 hours. Most haven’t even slowed down. But this dude in a 3 day old off-white wife beater with a 2 day old shadow driving a giant truck is offering you a ride. Don’t get on. Risk. Reward. Reward is rock. And Risk is paper. There is no scissor. Unless you plan on doing some scissoring with the truck driver against your will. Too graphic? Too bad. This is for your own good young lady.

I’ve found that safety, when it comes to traveling, is something you think about more before you leave then when you’re actually there. And that makes sense. The unknown and uncertainty of being in an unfamiliar place begs us to consider whether we might be putting ourselves in harm’s way. When you get there, things just feel normal, like every time you’re at home. But it’s not quite the same.

I’ve traveled to over 60 countries and have had virtually no run in with anything remotely harmful to myself…outside my control. I’ve nearly fallen backwards off a motorbike, slipped down the side of a snowy mountain, and unknowingly chased a giant bird that could have slashed my guts out with its dagger-like claw. All my fault. I was falling asleep on the back of that moto-taxi, didn’t have proper crampons on descending Mt. Lassen, and didn’t know what a cassowary was and what it was capable of doing to my entrails.

Outside of that and a few rounds of food poisoning, I’ve been pretty lucky. So do I think it’s safe to travel alone? For the most part, yes. Especially, if you’re not stupid.

I’m extra careful when I’m walking somewhere with all my bags on me. I’m extra alert when I arrive in a new location, especially if I had just be abruptly woken up by a loud speaker on the bus and it’s 4:30 am. I avoid stumbling back drunk to my hostel alone at 3 am. And I make friends. Lots of them. These are all very reasonable and easy enough things to do.

If I head to Venezuela right now, the likelihood of something bad happening to me will have dramatically shot up, regardless of whether I’m in a group or alone. It’s not a very safe place right now. And if I walk down some dark alley in the Tenderloin of San Francisco at 2 am, I can expect my safety to somewhat compromised. So I don’t do these things.

Being aware of your situation is important. It doesn’t matter if you’ve traveled to 100 countries or it’s your first time going abroad, don’t be stupid or complacent.

I’ve met many girls who have traveled alone, and have had many conversations on whether they feel safe on the road and what they do to come home in one piece. Female travelers do run into a few extra problems here and there. The world just isn’t as progressive as we’d like it to be. Here’s are few things I learned about staying safe as a solo female traveler. With my take on it.

So much for traveling alone eh? Going it solo doesn’t mean you have to do it all the time. It’s fun doing shit with other people. I’d like to think it’s my charming personality, but quite a few of my female travel companions have said that it was definitely nice to have a guy around. For better or worse, they get less unwanted male attention. For better or worse, they also have a partner for their Disney sing-a-long.

This advice really goes for both sex. It’s fun to go out and enjoy the night life, but if you’re in a foreign country at night, inebriated, and alone, you just might make a good target…for bad stuff to happen to you. This has nothing to do with victim blaming. That’s bullshit. It’s just reality. If I were a thief or rapist, I’d more likely choose someone who was drunk and alone than with others.

You Don’t Know How To Ride A Motorbike

The most common harm I’ve seen amongst travelers is falling off a motorbike. You see that person walk into the hostel with thick bandaging and gauze around their shin, biceps and over their eyes and good chance out of eight that they fell off a bike. It’s not always their fault, but boy have I seen my share of backpackers at a rental place signing a waiver and picking up a motorbike that they have no reason riding, just because everyone says they can. You don’t want to miss out on the fun, so even if you don’t do the driving, you get on the back of the bike with some guy who’s masculinity is on the line. He’ll tell you it’s all good and he can take you. He’s never ridden one himself and now he’s going to wing it with the extra weight in the back. I hope you both have good insurance or you’re in Thailand where a hospital visit will only cost $32 dollars.

Some Things Are Too Good To Be True…

You’re an attractive girl. You meet a nice guy. He wants to show you around. You’re thinking Eat, Pray, Love. I’m thinking Brokedown Palace. Someone’s going to end up a drug mule in a Thai prison and it’s not me. It’s safer to be cynical sometimes. Watch out for red flags. It’s so refreshing to just be spontaneous and take a chance, but it’s not a bad idea to let people know where you’re going. Take a selfie with the guy (or girl) and send it to someone. This was a clever trick I learned. That way if you die, at least the police will have a lead. -_-

I’ve met people who have invited me out on their boat, or to a local party, and they turned out to be awesome. I generally trust people and I’m open to adventure, but you are essentially agreeing to do something with a stranger. Exercise caution. Invite another friend along and see if the person mind. Best use of a third wheel. Are they interested in friendship? Something more? All reasonable questions to ask. Ask them.

Someone Should Always Know Your Plans

Since my travel plans can be quite spontaneous, I always send out my itinerary before I jump on a flight. I forward my flight, hostel or tour bookings to my siblings. It takes a second.

Be Careful With Couchsurfing

This is the single part of traveling I’m divided on. It’s also the common denominator when it comes to bad stories I’ve heard from girls. Really, I’m not saying not to do it, it’s an awesome and completely different way to experience traveling, but you definitely need to be careful. Check out You Need To Couchsurf At Least Twice In Your Life (coming soon). Also check out This Is Why You Shouldn’t Couchsurf.

Here’s the general gist of how it works. People on the site offer to host travelers. Travelers post on the site asking to be hosted. You email. Email some more. Then some more. And hopefully, everyone’s on board and you have a place to sleep and possibly someone to show you around when you get to their city.

The problem is it takes time to sort this out. I say that you should probably be emailing about a spot at least a week in advance. So what happens when you don’t? Slimmer pickings. Good hosts are unavailable. And then you have the potential creepers. They fucking exist on the site. Don’t kid yourself.

Some lonely guy out there is playing the numbers game and hoping that maybe he can hook up with some female traveler he’s hosting. But even if you haven’t found a host and you don’t know where you’re sleeping tomorrow, don’t be desperate and just accept any old requests from someone who has no reviews or alert your Spidey sense.

Don’t be afraid to ask them where you’ll be sleeping or what you might be doing together. I’ve heard of people who offer a bed, that turns out to be the bed they’ll be sleeping in. A cozy full size. If you’re good with that, I’m not here to stop you. Just something to think about.

And that truck thing from earlier.

Don’t Let That Stop You

At the end of the day, there’s what you can control and what you can’t. I know it doesn’t help your parents sleep at night knowing you can be blown up in a cafe somewhere because of some nihilistic asshole terrorist, but bad stuff can happen anywhere. The stuff you can control, you’ll learn pretty quickly what you need to do to stay safe. Because at the end of the day, as long as you’re not 90% stupid, you’ll be fine traveling alone. As a girl or a guy. 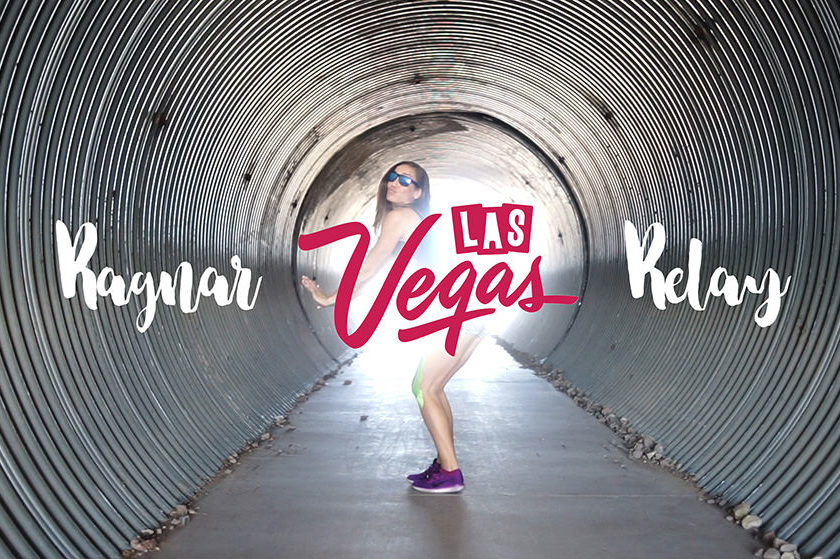 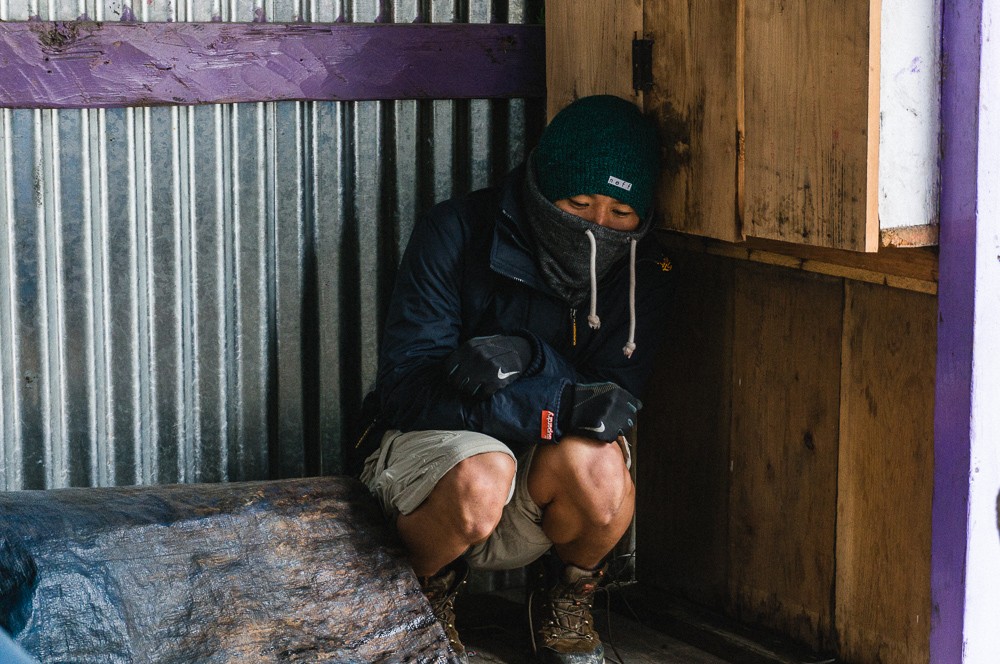 Why I Love To Travel Alone 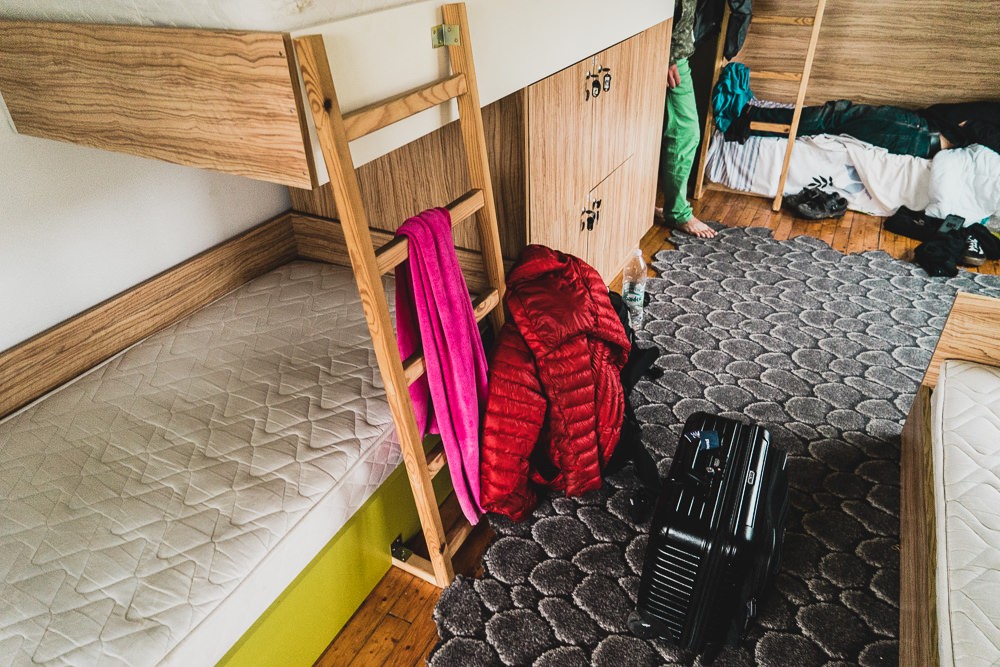