Experiences
The Real Faces of Cuba

I’m fascinated by faces. When I first started traveling, I would be instantly drawn to capturing certain types of faces. The grizzled old man with lines and wrinkles carved into his faces. The woman dressed in her traditional garb selling fruits on the a mountain top.  Over time, I realized that I was merely trying to photograph an ideal that was shaped by what I’ve seen in movies, and by the fact that these people appeared “exotic” to me.

In Mongolia, I was privileged to be spending time with real nomadic families. These people live in the harsh desert environment scattered across Mongolia and their faces reflected that. Dark and marked by the sun, their clothes worn and dusty from their labors. They wore clothes that WERE “exotic” looking, and I just had to capture it. But it got me thinking if the roles were reversed and these people were in America, who would they be photographing? The barrel chested Texas man with a cowboy hat? The nerdy San Francisco techie with wireless AirPods in their ears, eyes glued to their phone?

Do you see where I’m headed?

Looking Beyond The Stereotypes

Those are stereotypes, and ones based on what we know from movies and hearsay. It only shows a subset of the people living in a place. In Cuba, I was especially made aware of this when I noticed a group of people taking photographs of a woman with flowers in her hair, and a cartoonishly giant cigar in her mouth, perpetually hanging there and never burning. I had seen this same image while doing my research on Cuba. I could not bear to bring my camera up to take the same photograph. In Trinidad, I noticed a similar scene. Three old men, sitting on a porch step with cigars in their mouth (not lit), their backs to a freshly painted floral pink door. It was the perfect Cuba shot to bring back home. Too perfect. They had a hat on the floor for tips and no less than a handful of suitors who wanted to take their photographs. I could not take this photograph either.

During my month in Cuba, I was determined to capture the faces of people I met and talked to. Real people who weren’t already posing for photographs. Mostly. It did not start out well.

Finding The Faces Of Cuba

While walking aimlessly around Old Havana, a man asked me for ‘fuego’ so he could light his cigar. I offered him my lighter and he asked where I was from. We had a short conversation with his limited English, and I asked if I could take his photograph. I noticed that he hadn’t fully lit his cigar, but didn’t think much of it. After I took the photo, he gestured to see it, nodded at the image on the screen and then gestured for some money for the photo. My initial excitement of sharing the image with him soured. So I walked on.

Some time later, I walked by what appeared to be a make-shift shooting gallery. The targets were old trinkets, empty shampoo bottles, and dolls that were discarded. He told me he used to be in the military and showed me some photographs. I took a few shots at the some of the smaller targets and then asked if I could take his photograph. He didn’t care. With a cigar in one hand and large glasses you’d find in a rap music video, this one accurately shows how he was before and after I arrived to the gallery. Just sitting there and staring out at the streets.

The next portrait happened when I was walking back to my room. I’m always a little weary when people call me over, but I was curious if things were different in Cuba. They were. The man was just sitting there hanging out with his friend who works at the butcher shop. He wanted nothing from me, other than to chat. I was happy to oblige.

This next one is a favorite of mine. When the place I was staying at didn’t have availability the next day, they found me a house to stay in just across the street. When I rang the door bell, I heard the door unlock and found myself looking at some elaborate contraption that used ropes and pulleys to open the door. At the top of the stairs was my host, this jovial older gentlemen who welcomed me into his home. I took this picture on my way out because it was too awesome of scene to not capture.

While wandering the streets of Cienfuegos, we walked past these three girls who were playing and doing cartwheels. It reminded me of my childhood when we actually played with friends outside. They were more than happy to continue to cartwheel for me while I took photos. Afterwards, they posed for me.

On that same block, we walked past a group of older men playing dominos. This guy with his coy smile gestured for me to join them. They invited me to sit down and play and I wished I took them up on their offer. Throughout our entire interaction, he never spoke a word nor flashed a full smile. This was exactly how he looked the whole time, using only his hands and body language to communicate.

In Vinales, I didn’t want to join a normal tour, so someone arranged for a horse and guide to take us around. My friend and I enjoyed a leisurely afternoon ride and then asked if we could stop by a tobacco farm. He happily diverted our route and we stopped off to enjoy a cigar with this guy. These tobacco farmers have a quota they need to fill for the state, and they are able to supplement their income with a small batch of cigars they can sell directly to people. We were happy to buy the cigars directly from him, because they were both very tasty and cheap. This was one of my best purchase in Cuba.

And this was our horse guide, he was happy to accept a free cigar from the farmer to enjoy with us.

With some spare time, I relented and joined a highly recommended tour from a friend. He said the tour was fine, but the guide was awesome. He was. And what a great sense of humor he had, which made our trek all the more enjoyable.

In Trinidad, we rode horses once more to go through some of the countryside. Along the way, we stopped by an old colonial house that was in ruins. While walking around, these two boys rode up and followed us, mostly just curious and always smiling. They laughed at my broken Spanish and eventually got bored.

Back in Havana, I was wandering around the back streets of Old Havana, which now felt very familiar. Perhaps, my face too became familiar to the people who saw me walking back and forth. I smiled at this woman when I walked by and she called me over. She introduced her children to me. On the first day, I would have asked why she was sitting there, but as I learned quickly, people just enjoy sitting on their door steps. Sometimes, they talk to neighbors, sometimes they just sit and watch and enjoy the cooler afternoon air outside.

This lovely girl (whose name, sadly escapes me) was my host in Havana. I came to a hostel/house owned by her brother. He didn’t have a spare bed, so he told me to go upstairs where there would be room. I didn’t learn Carlos was her brother until the day before I left Cuba. She laughed at my attempt to speak Spanish with her, but we understood each other and she was just so full of life and energy. I only wished I could speak better English because she definitely had a good sense of humor.

Meeting this older woman in Santiago de Cuba was one of my favorite encounters. While I was walking around looking for Fidel Castro’s old family house, she told me to come to her porch. I think she knew what I was looking for. She told me to wait and then she brought out some old newspaper photographs of Fidel visiting his old home. I knew she wanted to tell me more, but aside from nodding and communicating with basic Spanish, I was lost. I took a photograph of her and told her I would be back later with a surprise. At least that’s what I hoped she understood. I kept my promise and returned later with a polaroid print of her portrait. She loved it so much and when I asked to take a photo with her, she made sure I put my arm around her for the photo. She invited us to come in for some coffee and food. I know I should have said yes, but at the moment, I felt like these people had so little that I didn’t want to take anything away from them. I do regret this now.

Over the course of the month, I had no shortage of sights to capture. Cuba is that beautiful. Despite the conditions of buildings and houses in disrepair, you can close your eyes and image how splendid they all were once upon a time. Still, my favorite photographs from the trip were these ones of the people I interacted with and captured. 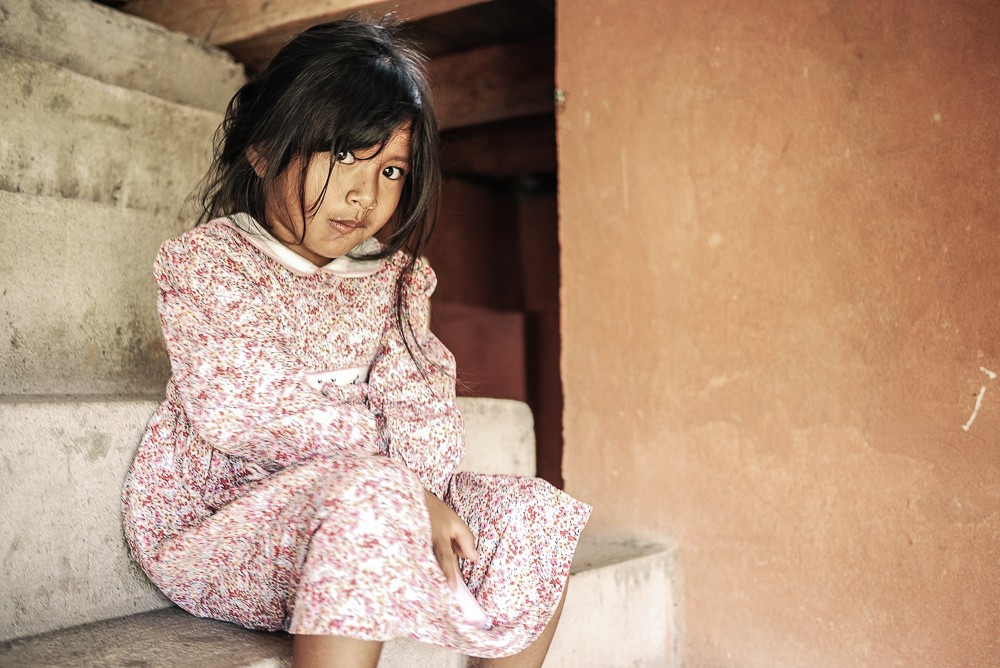 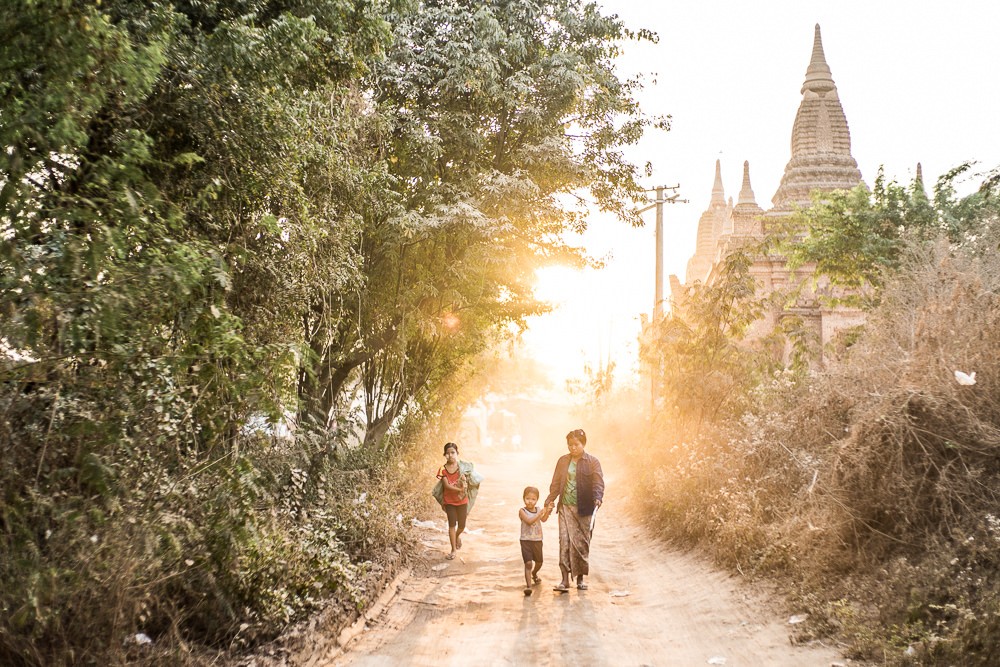