I’ve always wanted to break or set a Guinness World Record ever since I got the 1994 edition as a kid. The only problem was I couldn’t run the 100 meters under 10 seconds, juggle 4 one-eyed rabbits, or hop on my big toe for 48 hours straight. And then I got an email from Chris Guillebeau ahead of the World Domination Summit saying that they would be attempting to break the world record for the longest floating human chain. I had no idea what that meant, but I was in.

On July 5, the sun decided not to come out, but over 700 of us did to grab our float tube, life jacket and get into the Willamette River in Portland, Oregon. 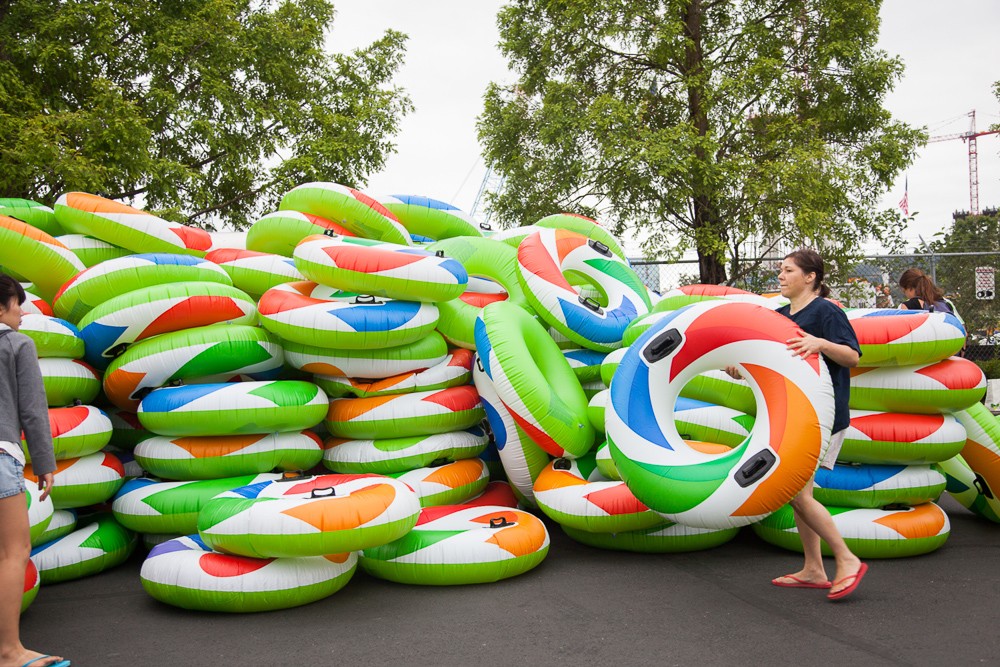 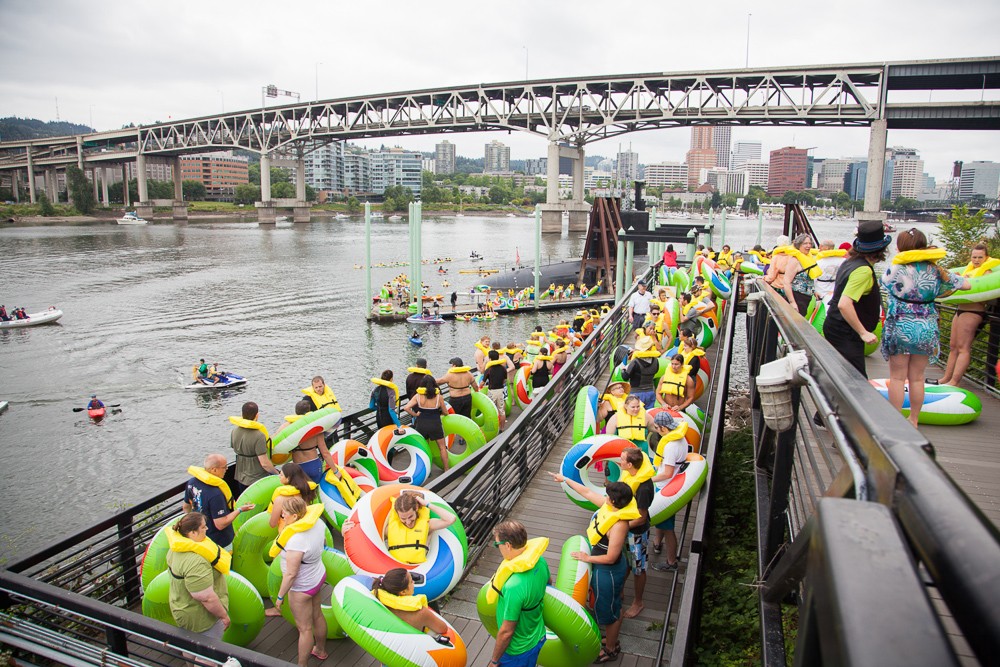 One by one, we got into the water and pulled ourselves across the buoy line until we formed two long straight lines. 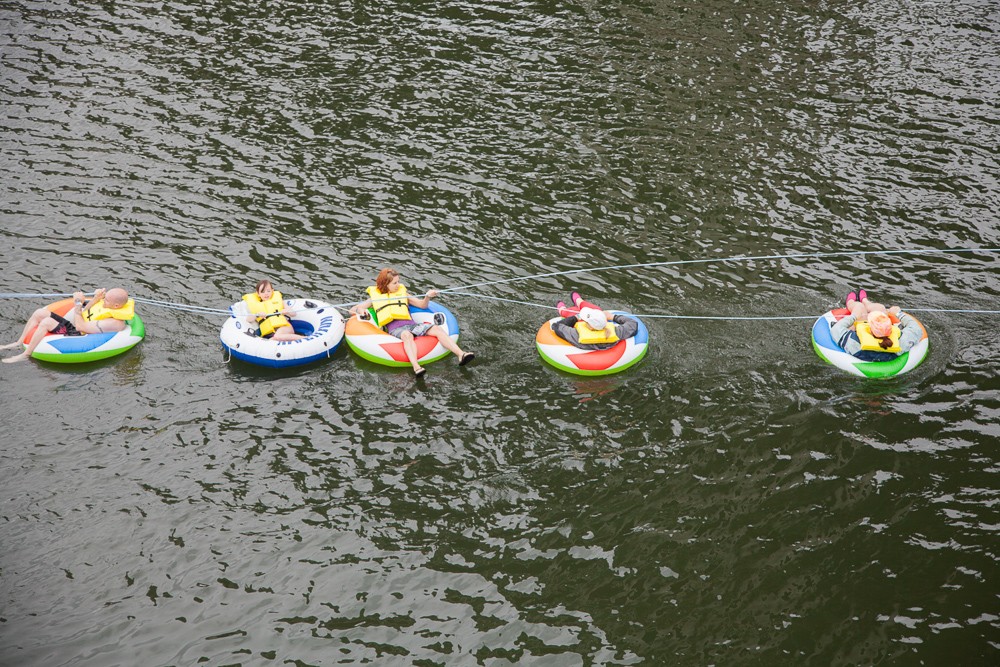 Despite the cold water, people were actually in pretty high spirits. 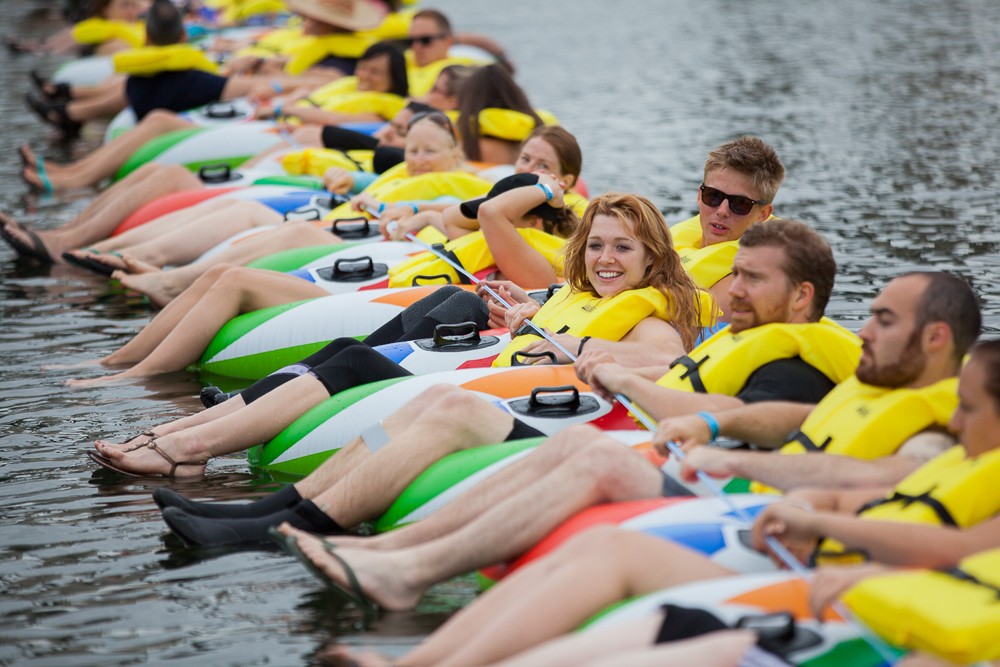 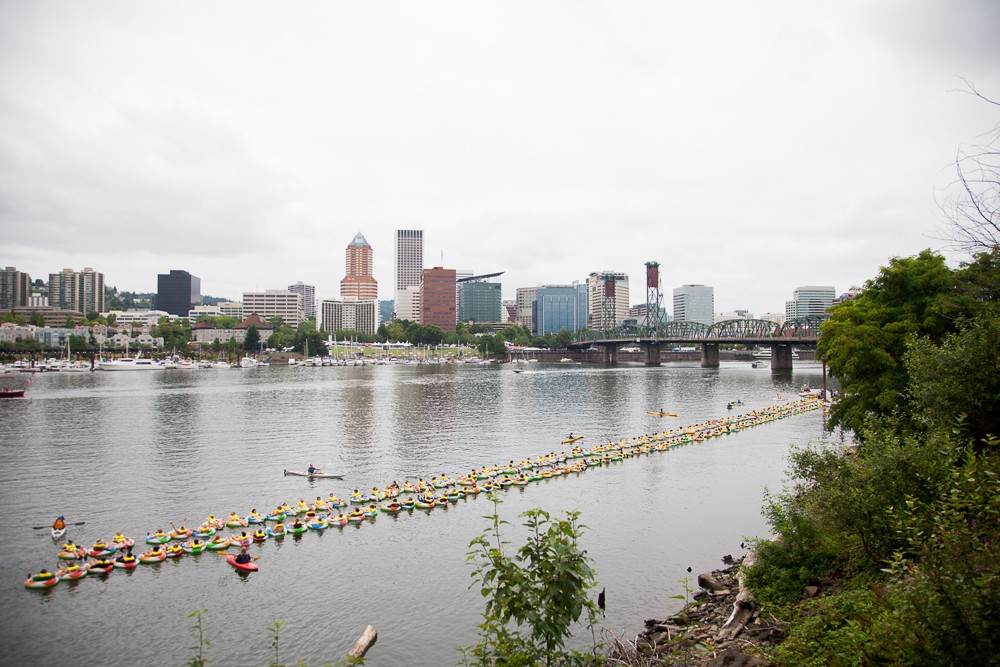 Once everyone was in the water, we had to link up by holding hands for 5 minutes while a drone did a fly by to record the entire thing. 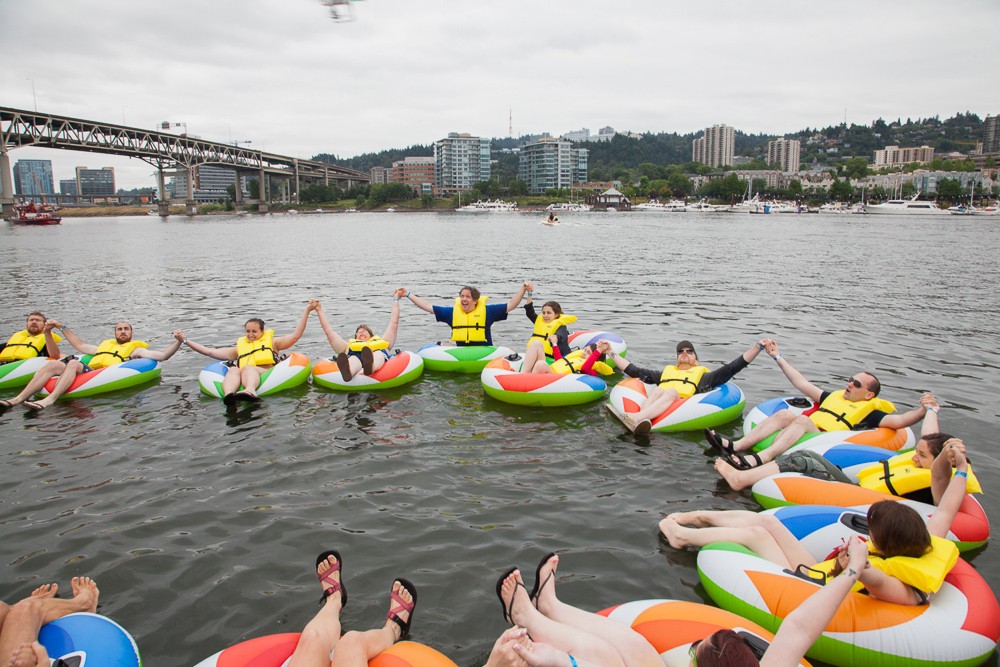 And like that, we took the record away from 542 folks in Italy. Check that off the bucket list. 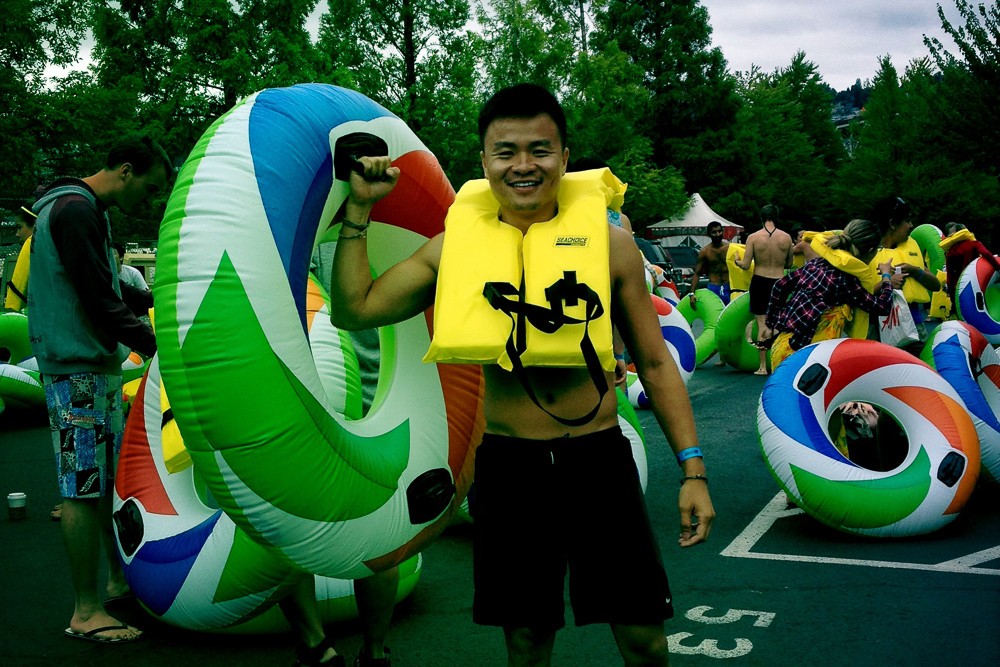